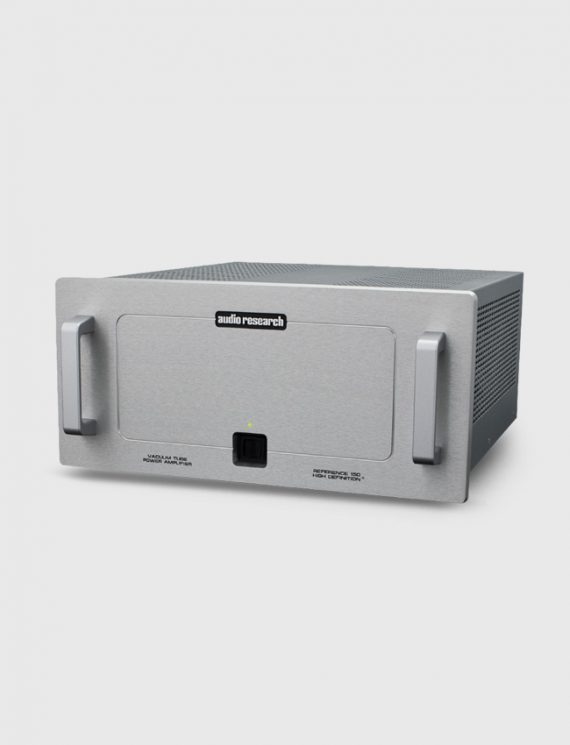 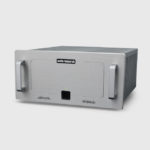 Simply put, the REF150 SE is a breakthrough in stereo power amplification.  Replacing the REF150—which was one of the most respected modern stereo amplifiers—was a daunting task, but it has been accomplished.  The REF150 SE offers more power, greater dynamic thrust, a more vivid and resolved presentation, greater finesse, and quieter operation.  It is the new benchmark. Having identical outer dimensions as its predecessor, the REF150 SE has much more packed into its chassis.  Refined front-panel cosmetics reflect the updated look of current-generation models, with silver units having silver handles and silver top covers, while black units have black handles and black cover.  (Colors may be mixed to match older models.)

The REF150 SE is a fully-balanced design, so its inputs are balanced XLR only.  It has a 20-amp IEC power connector, 4-8-16 ohm output taps and 12V triggers arrayed on the rear panel.  Under the top cover there are a number of circuit enhancements resulting in stunningly improved performance.

With all of these changes one would logically expect enhanced performance. But it is fair to say you will be shocked by the amount of improvement you hear from the REF150 SE when compared to its predecessor.  Those familiar with the boundary-extending performance of the Anniversary Preamplifier will hear similar qualities from the REF150 SE.

The immediate impression conveys much greater speed, power and control compared to any other tube power amplifier you can think of.  Bass extension, harmonic delineation and speaker driver control are the best ever to come from an Audio Research tube amplifier, regardless of power output – and that is saying something.  The REF150 SE does not drive a loudspeaker so much as it dominates it and brings to life what any speaker is truly capable of.  Paired with capable front-end components and good cabling, the results are nothing short of a revelation. You will hear inner harmonic structure and dynamic realism that simply were not present before, within an envelope of air and spatial cues that let you know that you are hearing everything that the recording has to offer.

In short, the REF150 SE amplifies more critical musical information from your preamplifier and source components than you have ever heard before.  Prepare to be astonished once again.

POWER OUTPUT
150 watts per channel continuous from20Hz to 20kHz. 1kHz total harmonic distortion typically 0.6% at 150 watts, below 0.03% at 1 watt. Approximate actual power available at ‘clipping’ 160 watts (1kHz). (Note that actual power output is dependent upon both line voltage and ‘condition’ i. e. if power line has high distortion, maximum power will be affected adversely, although from a listening standpoint this is not very critical.)POWER BANDWIDTH
(-3dB points) 5Hz to 80kHz.