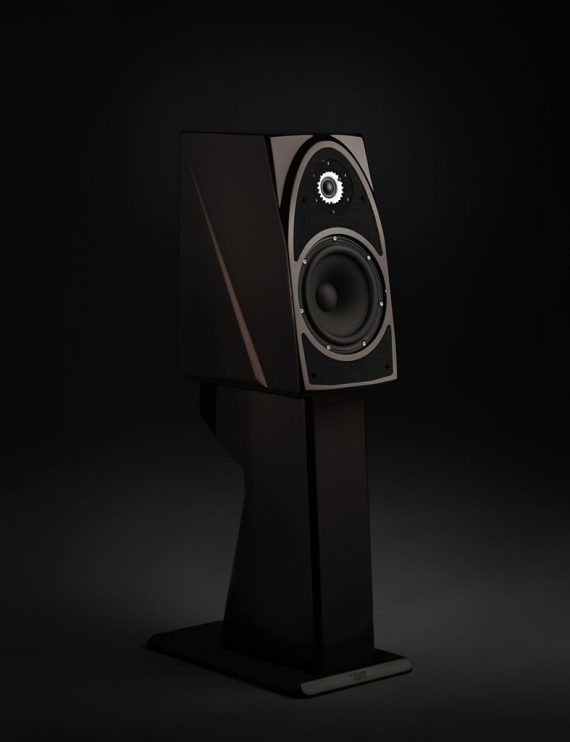 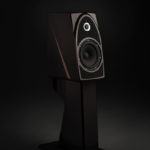 Duette is a truly unique product in the audio world: a compact loudspeaker designed specifically for installations where space or aesthetics require placing the loudspeaker near a boundary, such as a wall or in a bookshelf.

The original Duette was designed to overcome these limitations, while still offering a freestanding performance option. With the Series 2 Duette, we decided to forgo the inevitable compromises inherent in that approach, and concentrate on creating a loudspeaker designed solely for near boundary situations, which nevertheless boast the same dynamics, soundstage width and depth, and harmonic beauty of our larger, floorstanding loudspeakers.

The new Duette is available in two configurations: a “bookshelf” mode, and a stand-mounted model. In either configuration, the crossover is external to the speaker itself. This has two important advantages. First, it mechanically isolates the crossover components from the drivers, providing greater freedom from vibration induced grain and noise. Secondly, it allows Duette’s 8-inch woofer greater room to breathe and achieve powerful bass response and dynamic alacrity in a cabinet that can still realistically be called “compact”.

The “bookshelf” Duette’s crossover is called the Novel Crossover, because it’s the size of a large book. It can nevertheless sit next to the loudspeaker, or be hidden elsewhere in cabinetry. The provided umbilical cable is part of the Duette’s sophisticated time-alignment system and is color-coded for simple and error-free connection.

If you desire to use Duette as a floorstanding speaker, it now comes with a newly designed dedicated stand, with the crossover integrated into the base of the stand. This arrangement provides the same kind of mechanical isolation for the crossover found in Wilson’s larger floorstanding loudspeakers. The Duette cabinet is now bolted securely to the stand. Laser vibrometry tests confirmed that this arrangement provides an impedance pathway, guiding unwanted energy away from the enclosure.

Duette Series 2’s tweeter has been modified to included a rear isolation chamber sourced from the Alexia version of the Convergent Synergy tweeter. Another distinctive feature of the new Duette is the slanted front baffle. While the original Duette offered some time-alignment capability, the Series 2 takes time-alignment precision to a whole new level.